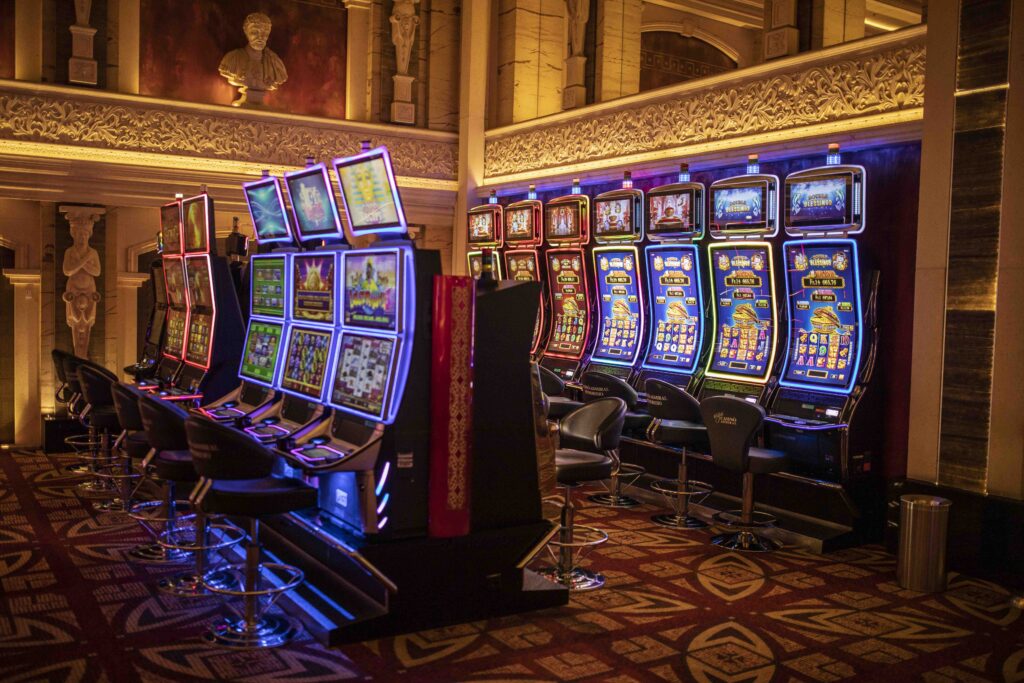 At the end of October, several new slot machines were introduced on the floor of the Casino Admiral in Mendrisio, including SG Rich Little Piggies and IGT Curve with new game packages. In addition to these, the latest Aristocrat products such as Mighty Cash Ultra (Lion Charge and Phoenix Storm) and Tian Ci Jin Lu (Emperor and Phoenix) have arrived, which have been quite successful from the first day of installation. To each of these latest machines are linked as many Stand Alone Jackpots that have led to an exponential growth in the number of multipliers in the rooms of the Casino in Mendrisio. In fact, with all the new installations there is even a total of 56 Jackpots, including the Admiral Jackpot and the three Mysteries associated with all the slots, the 13 Progressive Jackpots that reach significant sums and the 39 Stand Alone Jackpots dedicated to each individual machine.
In the last month, even before the new introductions, the jackpots at the Casino Mendrisio had generated winnings of 351,000 chf for lucky players. The lion’s share was played by the Diamond, which paid out 116,527 chf. And the best is yet to come because the Admiral Jackpot, which has just surpassed 350,000 chf, could soon be triggered.

The renovation of the machine park is just the icing on the cake of a month of October that has been simply extraordinarily busy for the Admiral casino. In fact, in the last 30 days, ACE SWISS Holding, the sole owner of the Casino, celebrated its 20th anniversary from the day it was founded and submitted its application to renew its licence for another 20 years.
From 3 to 9 October, as mentioned, The Twenties of Mendrisio celebrations took place, i.e. the casino’s 20th anniversary celebrations, which were appreciated by guests and employees alike. Suffice it to say that during this week, visits increased by 17% compared to the previous week. Since the first day of The Twenties of Mendrisio, a new giant ledwall has been mounted, which currently plays a short video celebrating the twentieth anniversary and is located above the Poker Cash Game area, right in the centre of the Casino. Since 10 October, the photo exhibition of The Twenties of Mendrisio has been placed in the corridor connecting the Admiral Restaurant and the reception at the entrance from Fox Town. Guests will have the opportunity to admire the totems with the vintage photos until 30 November. As of 27 October there has also been a change in the lighting of the main facade of the Casino: the facade will always be in the corporate colours of the Admiral brand, i.e. blue and red, except on days when there are promotions or events at the Casino Admiral in Mendrisio. On the evening of the HIM evening it was all blue, when there will be the HER evening it will be all pink, and who knows what surprises the Christmas setup will have in store. On 27 October, the last ‘Serata Lui’ was held in which 192 men participated and, as usual, a draw was held for the four winners who picked up a promo ticket worth CHF 150 each.
Last but not least is the commitment that Casino Admiral in Mendrisio is giving to eco-sustainability projects (#AdmiralGreen). In this regard, the Mendrisiotto casino has undertaken two very important paths, namely: